PFAS, which is an abbreviation for Perfluoroalkyl and Polyfluoroalkyl substances, are a large and complex group of manufactured chemicals that are used as an ingredient in a variety of everyday products.

Perflourooctanoic acid (PFOA) and perflourooctane sulfonic acid (PFOS) are members of a chemical group in PFAS. These chemicals can be utilized in a wide range of industries such as food packaging, aerospace, construction, automotive, etc. PFAS do not degrade easily in the environment due to their carbon-fluorine bond, which is one of the strongest molecular bonds. 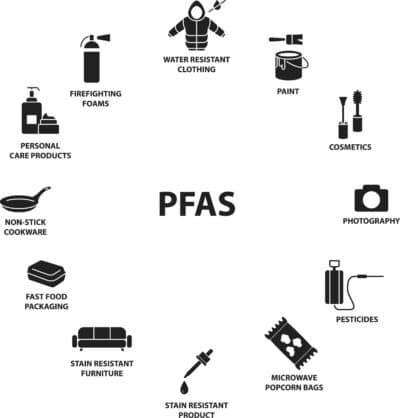 When production of this chemical kicked off in the 1950’s, it could be most commonly found in waterproof, stain resistant, and nonstick products, as it was infamous for being both water and lipid resistant. Unfortunately, factories commonly dumped PFOS and PFOAs, substrates of PFAS, into the surrounding soil during the manufacturing process. This caused the chemicals to emit into the air and water, resulting in the exposure to most people.

What do we know? 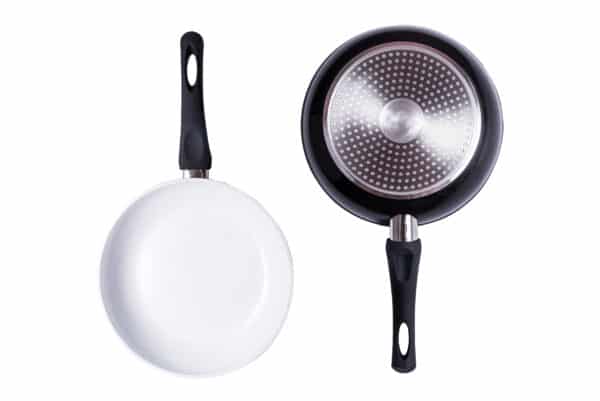 A large number of studies have been conducted to examine the harmful effects to people once this chemical reaches their bloodstream. Since there are a variety of factors involved such as the multiple categories of PFAS chemicals, accompanied by the diverse groups of people being tested for exposure, scientists are still learning the extent of the health effects on humans.

However, some health risks gathered throughout the process may include the following:

Studies show that 97%-99% of Americans have PFOA and PFOS in their system, also known as ‘The Forever Chemicals’. Concern surrounding the health risks are rooted from the idea that these chemicals are made to never break down in the environment, meaning they build up in the human body and never go away.

Maine became the first US state to ban the sale of any products that contained PFAS that were intentionally added. Since then, multiple states have decided to implement certain bans throughout different categories of products, with various set enforcement dates. Few states, if any, have fully banned PFAS since Maine decided to take a stance.

Within the past few years, the FDA announced the voluntary phase-out agreement with manufacturers on certain PFAS used in the food packaging industry. Currently, PFOA and PFOS are produced internationally. Although they are no longer manufactured in the United States, they can still be imported and used in consumer goods such as carpet, apparel, textiles, rubber and plastics, etc.

New chemicals have been used as an alternative to PFOA and PFOS, such as GenX and PFBS which were the original Teflon chemicals that had been forced off the market for environmental concerns.

Other examples can be found in the PFAS coated food packaging market; chemicals such as Polylactic Acid (PLA) which is a compostable plastic typically made from corn, and other treatments such as bamboo and palm leaf, bio-wax, and clay coated papers.

However, due to the high market demand for fluorine-free compostable food service products, within the next year you can expect manufacturers to respond with new products for large scale purchasers such as academic institutions, state governments, and health care systems.

The technology to produce PFOA free OGR (Oil and Grease Resistant) papers has been available since the 2000’s. However, until recently, only low levels of grease resistance could be achieved. The current PFAS-free OGR papers are produced on fourdrinier paper machines and contain grease resistant levels up to Kit 8.

Within the FlexTrue® umbrella of products, Flexlink offers a full line of white and natural fluoro-free (without the use of fluorochemicals) OGR Papers in white, natural and colors and in basis weights starting at 18#/3000 ft2 and going up to 35#/3000 ft2. These papers are treated with bio additives inline, on the paper machine. Kit levels can be achieved up to 7.0 but higher levels can be reached through offline, secondary coating operations.

Flextrue® PFAS-free Papers are biodegradable, recyclable, and compostable. Most are available in quantities down to 2,000 lbs. Contact Flexlink for more information.